Sexual dysfunction (or sexual malfunction or sexual disorder) is difficulty experienced by an individual or a couple during any stage of a normal sexual activity, including physical pleasure, desire, preference, arousal or orgasm. According to the DSM-5, sexual dysfunction requires a person to feel extreme distress and interpersonal strain for a minimum of 6 months. This Sexual Disorders topic contains information about paraphilias (more commonly known as sexual perversions or deviancies). Please explore our Sexual Problems topic if you are interested in more run-of-the-mill sexual dysfunctions.

Paraphilias are disorders of deviant sexuality. As defined in the Diagnostic and Statistical Manual of Mental Disorders (the clinician’s diagnostic bible), they involve recurrent fantasies, urges or behaviors of a sexual nature that center around children, non-humans (animals, objects, materials) or harming others or one’s self. A sexual problem, or sexual dysfunction, refers to a problem during any phase of the sexual response cycle that prevents the man or couple from experiencing satisfaction from the activity. The sexual response cycle has four phases: excitement, plateau, orgasm, and resolution.

While research suggests that sexual dysfunction is common (43% of women and 31% of men report some degree of difficulty), it is a topic that many people are hesitant to discuss. Fortunately, most cases of sexual dysfunction are treatable, so it is important to share your concerns with your partner and doctor.

Sexual dysfunction in men can be a result of a physical or psychological problem.

Physical causes: Many physical and medical conditions can cause problems with sexual function. These conditions include diabetes, heart and vascular (blood vessel) disease, neurological disorders, hormonal imbalances, chronic diseases such as kidney or liver failure, and alcoholism and drug abuse. In addition, the side effects of certain medications, including some antidepressant drugs, can affect sexual desire and function.

Psychological causes: These include work-related stress and anxiety, concern about sexual performance, marital or relationship problems, depression, feelings of guilt, and the effects of a past sexual trauma. 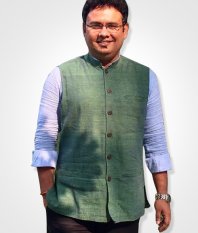